Make use of our Expanded Form and Word Form Number Calculator by providing input number in the below input box and get the result in expanded notation, expanded fraction form, and expanded exponential form within a fraction of seconds after clicking on the calculate button.


Here are some samples of Expanded Form calculations.

Expanded Form and Word Form Calculator:Having knowledge of mathematics concepts will make you strong in attempting all board & competitive examinations. To help you in mastering maths, our team at Onlinecalculator.guru has come up with the math calculators for each and every single concept included in mathematics. Today from this page, you all are going to view and learn about the expanded notation of a number.

What is meant by the Expanded Form & Word Form?

In Maths, the expanded form of an integer is marked as a notation. Expanded form and word form is a way of rewriting the number to individual digit value and create new algebraic expression and again getting the original number. For example, the expanded notation of a number 567 is written as 500+60+7.

Here, you will see that every individual digit is multiplied with their place value like 100's, 10's, and one's and then sum up all the digits to get the original number ie., 567 (for this example).

How to Write in Expanded Number Form?

You can write numbers using the expanded form in various ways. Here we are going to explain all multiple ways to write the number in expanded form from the standard form. First, have a look at the below ways that you can use to convert a number in an expanded form.

In Expanded Notation form, will break out each digit and multiplied by its place value, so that the sum of all of the values equals the original number.

In Expanded Fraction Form, will take the given number as every single digit and multiplies with their digits place values and then form a mathematical expression that results in the same number.

A word from is writing the numerical/number as you would say it in words. For example, the number 456 in word form is four thousand five hundred and six.

Below, we have compiled a detailed stepwise explanation for the expanded form and word form notation. So, let's view it more in a closer look by referring to the further section.

Write the number 3452 in an expanded form and word form?

Here the given number is 3452 and now convert it into expanded notation, and other forms too.

Therefore, when we add the all values, we get the number 3452.

Thus, the summation of all values we will get the original number 3452.

Three thousand four hundred and fifty-two is the word form for the number 3452.

How to Use our Free Online Expanded Form and Word Form Calculator?

Remember to follow these simple steps while using the expanded form and word form calculator and make your calculations even easier and faster. The steps are as follows: 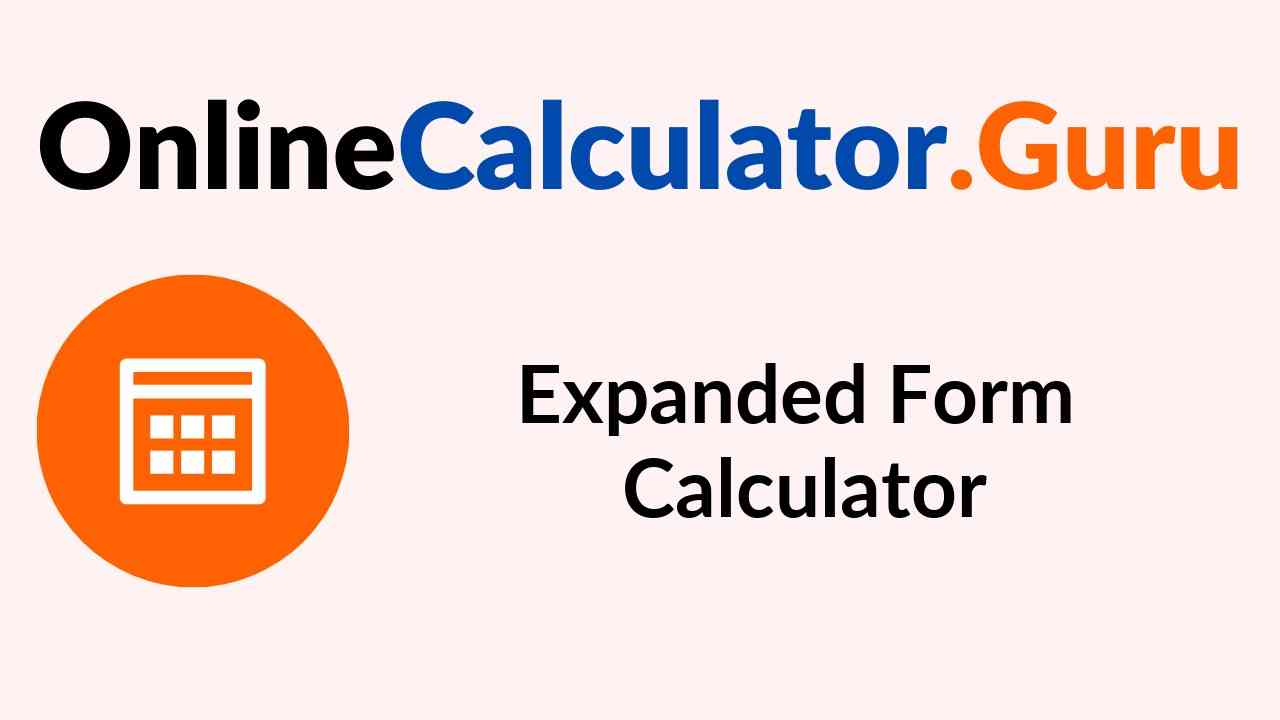 1. What is Expanded Notation in mathematics?

In mathematics, Expanded Notation is a way of writing the given number place values in digits as a mathematical expression. For instance, the expanded form of 1645 is 1000 + 600 + 40 + 5.

3. Can I get solved examples for an expanded exponential form of a number?

Yes, you can avail worked examples for an expanded number exponential form from this page along with an illustrated explanation.