Nuclear Physics is a study of atomic nuclei. In other words, it's all about the components and structure of the nucleus. If you ever need help on Nuclear Physics Concepts we are always there for you. In fact, you can enhance your level of understanding regarding the topics lying by using Nuclear Physics Formulas. The Formula Sheet of Nuclear Physics existing includes concepts like Atomic Mass Unit, Size of Nuclei, Mass Defect, and Nuclear Binding Energy, etc. For more concepts and related guidance have a glance at our Physics Formulas and clear all your queries.

A strong force acts among the nucleons in the nucleus. This force is called nuclear force. The range of this force is of the order of 10-14 m. Nuclear force does not depend on charge, depends on spin. 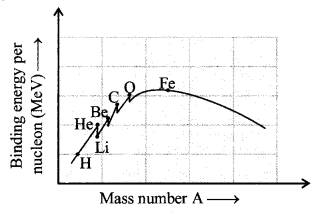 Nuclear reactions take place when the nucleus of an atom is bombarded with high energy protons, neutrons, α-particles, deuterons, γ-rays etc.
Following conservation laws are obeyed in the nuclear reactions:

Neutron was discovered by Chadwick in 1932. Neutron is a neutral particle. Its mass is slightly greater than that of proton. Mass of neutron is 1.675 × 10-27 kg.

When two light nuclei combine to form a heavy nucleus, the process is called nuclear fusion. This process is possible only at very high temperatures ~107 K. Energy produced in sun and stars is due nuclear fusion.
41H1 → 2He4 + 2β+ + 2v + Q
Q ≈ 24.7 MeV per cycle.

Need instant help while solving the physics concepts formulas you can always look up to Onlinecalculator.guru a trusted portal for all your doubts.